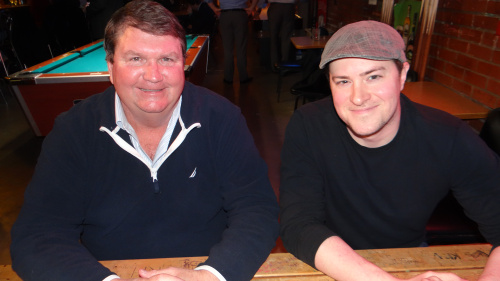 As of January first the historic, and original sports tavern in North Dallas, the Time Out Tavern (or commonly called The TOT) was sold to Aaron Saginaw from the original owner who is now retired, Kevin McCormack. McCormack purchased the Tavern from the previous owner 26 years ago. The Tavern was originally called the Doll House, which unlike the name might infer was a simple pub owned by Dotty Brown. “It was an old, run down bar with regulars drinking draft beer and a few bottles of whiskey,” said McCormack.

Read the rest at CraveDFW.com.

We do not sell food but many of the nearby restaurants deliver to our location. Just ask for the menus.